SMB (Server Message Block) has been recently highlighted with the CVE-2020-0796, also known as “SMBGhost”.

This vulnerability is located in the Microsoft Server Message Block 3.1.1 (SMBv3) protocol and only affects new operating systems, from the Windows 10 Version 1903 to the Windows 10 Version 1909. Due to the fear of the new “wormable” attack on SMBv2/v3, companies could make the mistake of temporarily disabling the SMBv2/v3 version in favour of the SMBv1. Such action would go against the Microsoft recommendation of the CVE-2020-0796 which consists to disable only the SMBv3 compression. But more generally, Microsoft recommends that you do not reinstall SMBv1. This older protocol has known security issues regarding ransomware and other malware. For example, we can remember both the “Eternal Blue” exploit and the way “Wannacry” spread.

As part of this article, we will confirm Microsoft’s advice through our recent discovery about a new SMBv1 vulnerability which impacts probably all versions of Windows. The latter comes from a specially crafted SMB_COM_NT_TRANSACT request that leads to an integer underflow issue. This bug causes an Out-of-Bound kernel write from data under the attacker’s control. Hence, the size is not. Therefore, getting a Remote Code Execution (RCE) seems conceivable but it will probably be difficult to make it reliable.

Overall, this CVE-2020-1301, named “SMBLost”,  is much less harmful than the “SMBGhost” or the “Eternal Blue” vulnerabilities because it requires two significant prerequisites:

This vulnerability analysis has been achieved from the version 10.0.19041.1 of srv.sys driver.

During the entire article, the SMBv1 driver has been retrieved from the last Windows Insider Preview (WIP), which means that all versions of Windows could be affected.

Disclaimer: This article is intended to share our recent research on SMBv1 only from a security perspective as well as an educational purpose. We will not be responsible for any use or misuse of this analysis such as this technical report or the provided proof of concept.

This chapter will provide the approach used to discover this vulnerability as well as a full understanding of the issue. Accordingly, the SMBv1 commands and subcommands will be briefly reviewed before going on the real CVE-2020-1301’s involved commands. In particular, the reader might learn that sending IOCTL/FSCTL to a file hosted by a remote server is a native SMB functionality.

SMBv1 is a rich and complex network communication protocol providing features such as a fine-grained access to shared resources (files, printers or serial ports) and an authenticated inter-process mechanism (named pipes) which is widely used for the Microsoft’s own implementation of DCE/RPC over SMB, known as MSRPC.

Therefore, the SMBv1 protocol offers about 80 specific commands. The most common you have probably encountered are the following:

Furthermore, some of these SMBv1 commands may contain subcommands such as:

And as if that were not enough, a subcommand may also contain subcommands, that is sub-subcommands. Considering this large attack surface, it will be like looking for a needle in a haystack. However, while reading the table of contents about MS-CIFS document [1], one command has caught my attention. The NT_TRANSACT_IOCTL sounds familiar to people dealing with kernel drivers. Actually, a vulnerability researcher who targets software products based on the Windows OS, will look for the presence of kernel drivers. This kind of component is often a good candidate for finding a local privilege escalation (LPE). The main approach is to deal with the driver’s IOCTLs. Thus, diving into NT_TRANSACT_IOCTL command seems a logical entry point to find out a remote Denial of Service or, better yet, a Remote Code Execution (RCE) with a privilege escalation.

Thus, in the next chapter, we will focus on the SMB_COM_NT_TRANSACT command with the NT_TRANSACT_IOCTL subcommand. This request is used to send an IOCTL or a FSCTL (File System Control) to a file server.

The SMB_COM_NT_TRANSACT command was introduced in the NT LAN Manager dialect. This request is sent by a client to specify operations on the server such as file open, file create, device I/O control, notify directory change as well as set and query security descriptors.

In the previous chapter, we have seen that the SMB_COM_NT_TRANSACT command is composed of a list of subcommand codes, also known as “NT Trans subcommand” codes. These subcommands are initially specified in section 2.2.2.2 of [MS-CIFS] [1]. Then, additional codes have been added in section 2.2.2.2 of [MS-SMB] [2]. Finally, a total of nine commands are available. Among these, one in particular interest us, which is the NT_TRANSACT_IOCTL.

In this vulnerability report, we will not dissect all the fields belonging to the SMB header or the SMB_COM_NT_TRANSACT/ NT_TRANSACT_IOCTL structures. Only the most significant will be highlighted.

First, it starts with the command field of the SMB header. It is a one-byte code that will be set with the value 0xA0, corresponding to the SMB_COM_NT_TRANSACT request. Such a command involves two SMB blocks:

Then, the NT Transaction IOCTL subcommand, also introduced in the NT LAN Manager dialect, is intended to allow IOCTL and FSCTL functions to be transferred transparently from client to server. In general terms, this command is useful for sending platform-specific or implementation-specific information to the server.

Please see Figure 2 below, the description of the NT Transaction IOCTL from an extract of the transaction codes table [1]:

The IOCTLs and FSCTLs may be global or specific to the underlying object store of the server. That is why they are listed both in [MS-CIFS] [1] and [MS-SMB] [2].

The Parameter Block of a NT_TRANSACT_IOCTL request is composed two important fields:

Please see Figure 3 below, the Setup structure as part of this NT_TRANSACT_IOCTL request:

The FunctionCode identifies the control code of the FSCTL/IOCTL method, which could be seen like a subcommand of the NT_TRANSACT_IOCTL command.

At this time, we would be well advised to resume all the commands and subcommands involved in such a request. Please see Figure 4 below:

Note the first occurrence of the 0x00090100 value, that is simply the FSCTL code which will be used for triggering the vulnerability.

From the paragraph 2.3 FSCTL structures of [MS-FSCC] [3], we retrieve the following description:

A process invokes an FSCTL on a handle to perform an action against the file or directory associated with the handle. When a server receives an FSCTL request, it should use the information in the request, which includes a handle and, optionally, an input data buffer, to perform the requested action. How a server performs the action requested by an FSCTL is implementation-dependent.

There are about 40 FSCTLs, which is a lot of reverse engineering to dive into each of them. As a vulnerability researcher, one personal methodology I apply is to always start from the end. This time, it paid off. There is probably a little bit of luck because the vulnerable FSCTL is just the second from the end.

Please see Figure 5 below, a short extract of the FSCTL table [MS-FSCC] [3]:

Figure 5: Extract of the FSCTL table

From the above table, the reader can now figure out the name of the vulnerable FSCTL (0x90100), that is FSCTL_SIS_COPYFILE.

The last green border corresponds to the useful data which will be handled as part of this FSCTL. The bug will occur while handling this byte stream. So, let’s dive into the FSCTL_SIS_COPYFILE data.

First of all, SIS is the acronym for Single-Instance Store. It refers to an architecture designed to maintain duplicate files with a minimum of disk, cache and backup media overhead. This mechanism is similar to an incremental backup. Once an initial full backup has been achieved, only new or modified files are actually copied to the backup device.

As previously explained, this CVE-2020-1301 involves a SMB_COM_NT_TRANSACT request with the NT_TRANSACT_IOCTL subcommand which in turn requires a subcommand, that is the FSCTL. In this context, the FSCTL_SIS_COPYFILE (0x90100) asks the server to copy the specified source file to the specified destination file by creating a SIS link instead of actually copying the file data. Note this FSCTL can be issued against either a file or directory handle.

Such a request contains a SI_COPYFILE data element. Please see Figure 7 below, its representation:

Before going forward to the vulnerability location, we will study step by step how this issue can be triggered.

Please see figure 8 below, the SI_COPYFILE values that have been set to trigger the vulnerability:

Please see Figure 9 below, the disassembly code which shows us these checks:

Please see Figure 10 below, the disassembly code that leads to this unexpected behaviour:

The rdx register points to the destination filename which comes from the FSCTL_SIS_COPYFILE request. The length of this file name equals to one byte, so the “shr” instruction results to the following calculation “1 >> 2”. Accordingly, the rax register will equal to 0. The “cmp” instruction aims to check if the last character of the filename is NULL. In this context, this instruction results to compare the last two bytes of the source filename due to the subtraction with “-2”. Indeed, we get the following results:

Then, the driver should build the full path of the source and destination filenames, that will be prefixed with the share name. In fact, this is the most significant part for triggering the vulnerability. Indeed, in order to reach the vulnerability, the share name must have, at all costs, a backslash character (“\”) before the null-terminating character. After attempting several scenario of files sharing, a way consists to share a partition like “c:\” or “d:\”. However, the reader is free to provide me other ways to achieve this behaviour.

Please see Figure 11 below, a disassembly code which shows the two execution paths according to the last character of the share name, that is either the NULL or the backslash character:

Figure 11: SrvSmbNtIoctl – Execution path according to the last character of the share name

As soon as the “backslash” execution path is used, we are getting closer and closer to the consequences of the bug.

Please see Figure 12 below, the disassembly code that highlights the integer underflow:

As you can see in Figure 12, the value “2” is subtracted from the “ebx” register, which represents the length of the destination filename. As this length is set to one byte, we get the “ebx” register equals to the 0xffffffff value. That also means -1. Then, this computed length is stored in the local variable, labelled “l_dwDestinationFilenameLength”. Finally, the SrvAllocatePagedPool() function is called to allocate a destination buffer from the paged pool.

Please see Figure 13 below, the call to memcpy function that leads to a pool overflow:

The crash will occur because the driver attempts to copy 0xffffffff bytes from the destination filename, which is under our control, to the previously allocated SMB1 buffer. The latter is used as a memcpy’s destination buffer.

Please see Figure 14 below, a screenshot of a Windbg session before the memcpy function is called:

In this context, we get a BSOD (Blue Screen of Death). However it seems reasonable to consider a RCE (Remote Code Execution) even though it will probably be difficult to make it reliable.

This code relies on the use of “impacket” library to ease the handling of SMB packet over the network.

Finally, please see Figure 15 below, the proof of concept leading to a Denial of Service:

Please see below steps to reproduce the Denial of Service:

This demonstration has been tested on Windows 10 Pro version 2004 which is part of the Windows Insider Preview.

The following command should trigger the vulnerability.

As soon as the vulnerability is triggered, we see the following BSOD in Figure 17:

For further analysis, more accurate information can be retrieved from a Windbg session. In particular, information like the register values or the call stack.

Microsoft reacted quickly to this issue both to confirm the vulnerability and fix the issue. 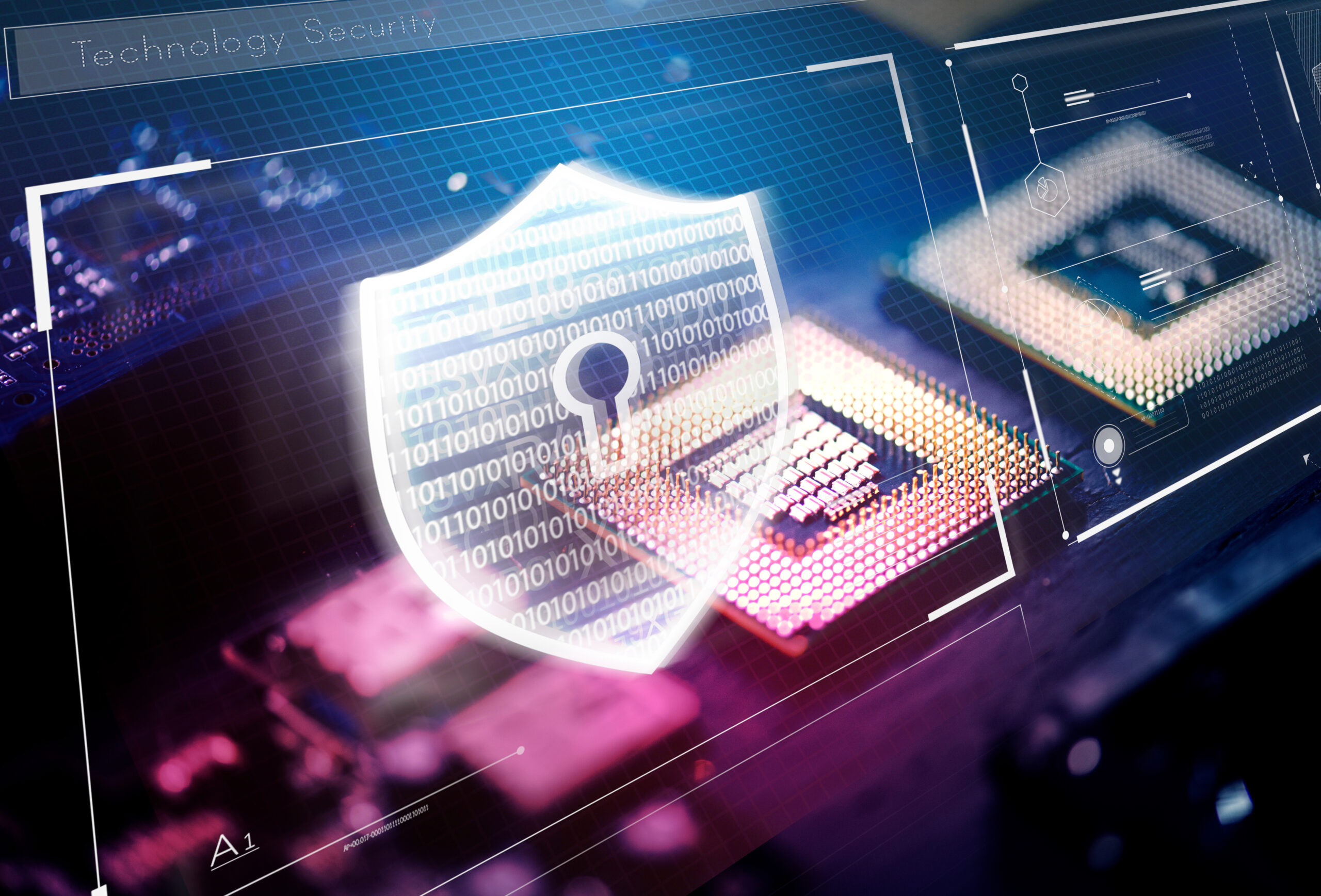